Zoey Dawson is a theatre maker and screenwriter based in Naarm/Melbourne on the lands of the Kulin nation. Her work has been described as “brilliant”, “dangerously alive” and “heartbreaking” by The Age, “Terrific” by The Sydney Morning Herald, “disarmingly imaginative” and “tremendously affecting” by The Australian, “a major new force in Australian playwriting“ by RealTime, “exceptional” by Inpress, “powerful and astute” by Artshub, “the best theatre I have seen in years” by Theatrepeople, “like watching a friend get really drunk and embarrass herself” by The Guardian and “Agony” by Kevin Jackson’s Theatre Diary.

Her recent credits includes; as playwright, CAESAR (La Boite), Australian Realness (Malthouse Theatre), Conviction (ZLMD Shakespeare/Darebin Arts) Welcome to Nowhere (Monash University/Malthouse), Calamity (MTC NEON/ZLMD Shakespeare), The Unspoken Word is Joe (MKA/La Mama/Griffin Theatre/Brisbane Festival), Madonna Arms (I'm Trying To Kiss You/Next Wave) and I Know There’s A Lot Of Noise Outside But You Have To Close Your Eyes (I'm Trying To Kiss You/LaMama/NIDA). As well as performing in much of her own work, she appeared in a world-ish tour of The Economist (MKA/World Theatre Festival/Edinburgh Fringe), for which she was nominated for a UK Stage Award for Best Actress. As director, she staged an all-female Romeo and Juliet at fortyfivedownstairs (ZLMD Shakespeare) and worked as Assistant Director on The Cherry Orchard (MTC) and Pompeii, LA (Malthouse Theatre). She has performed a variety of smaller pieces for The Last Tuesday Society and Melbourne Writers Festival. She has been nominated for a Green Room award for Best New Writing for Conviction and won the Melbourne Festival Discovery Award for The Unspoken Word is "Joe". She is currently completing a Master of Screenwriting at VCA with several screen projects in development. She teaches Script Writing and Screenwriting at the University of Melbourne. 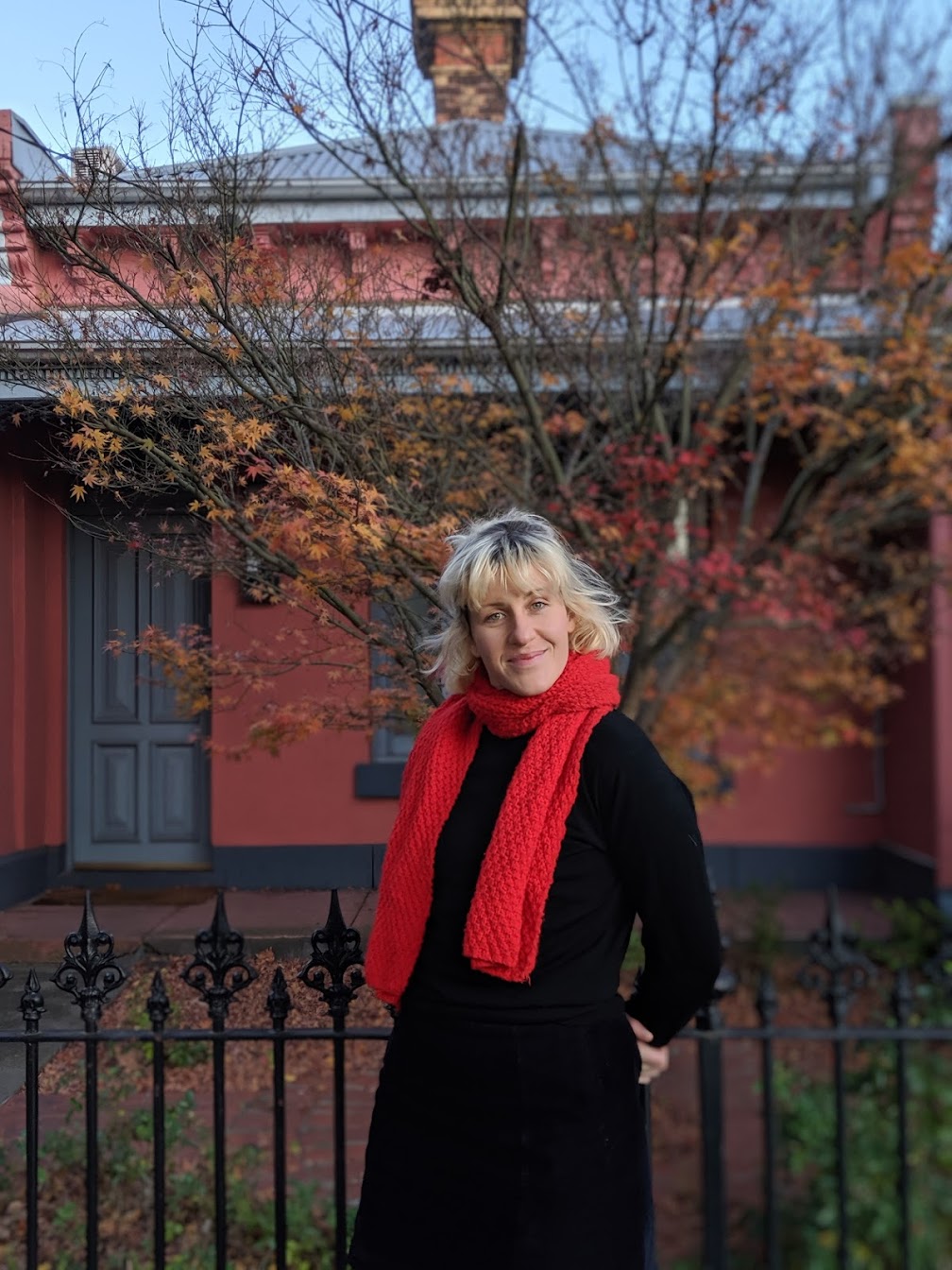