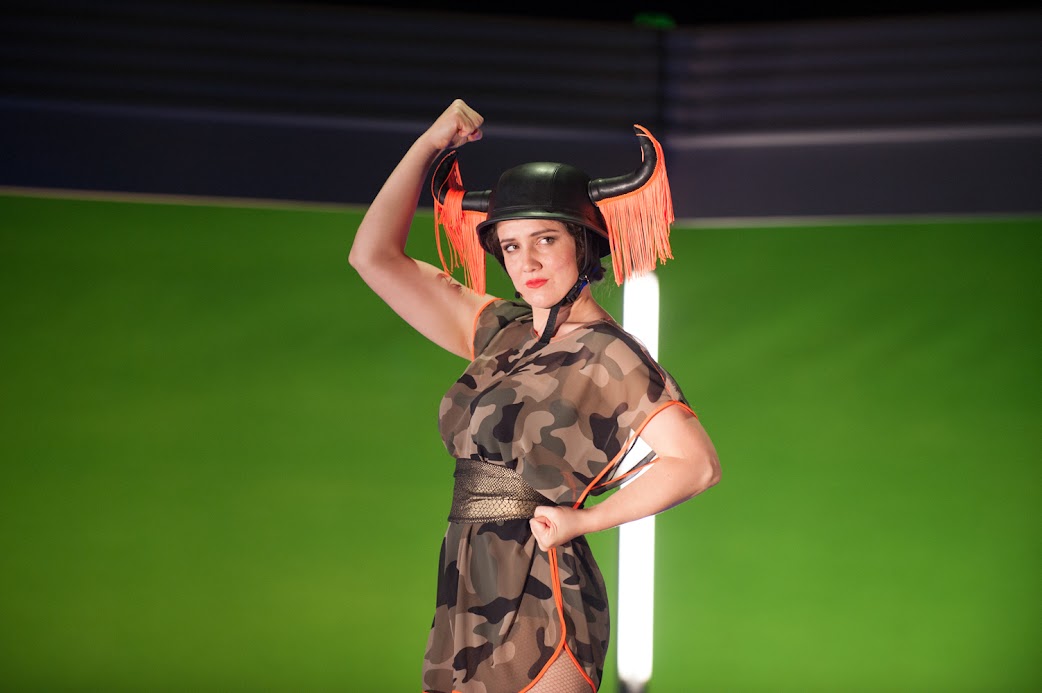 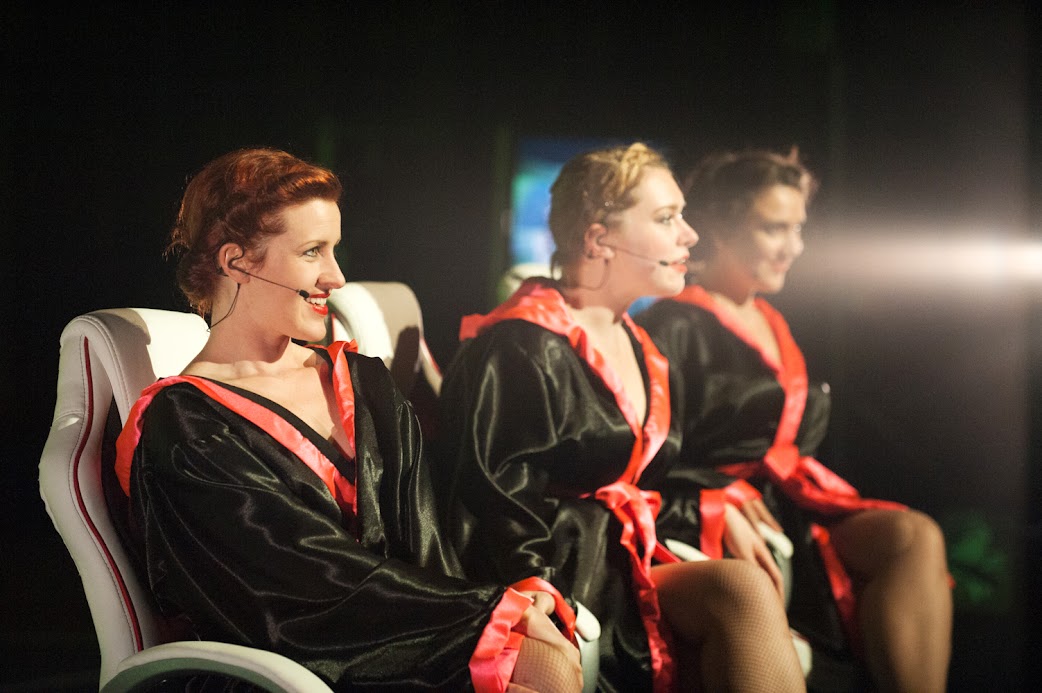 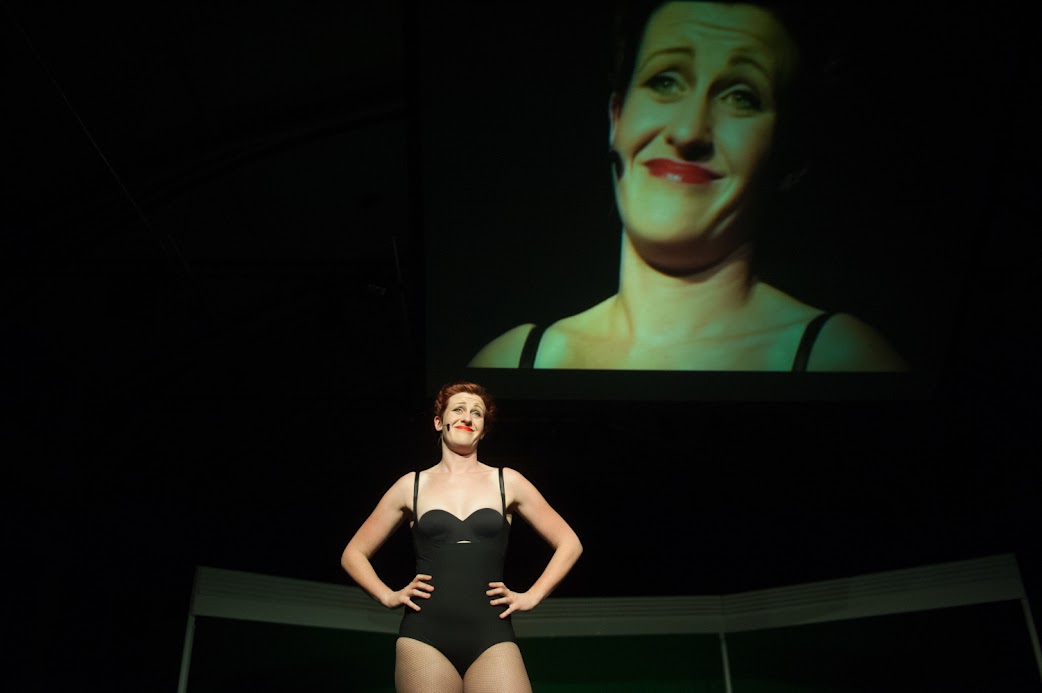 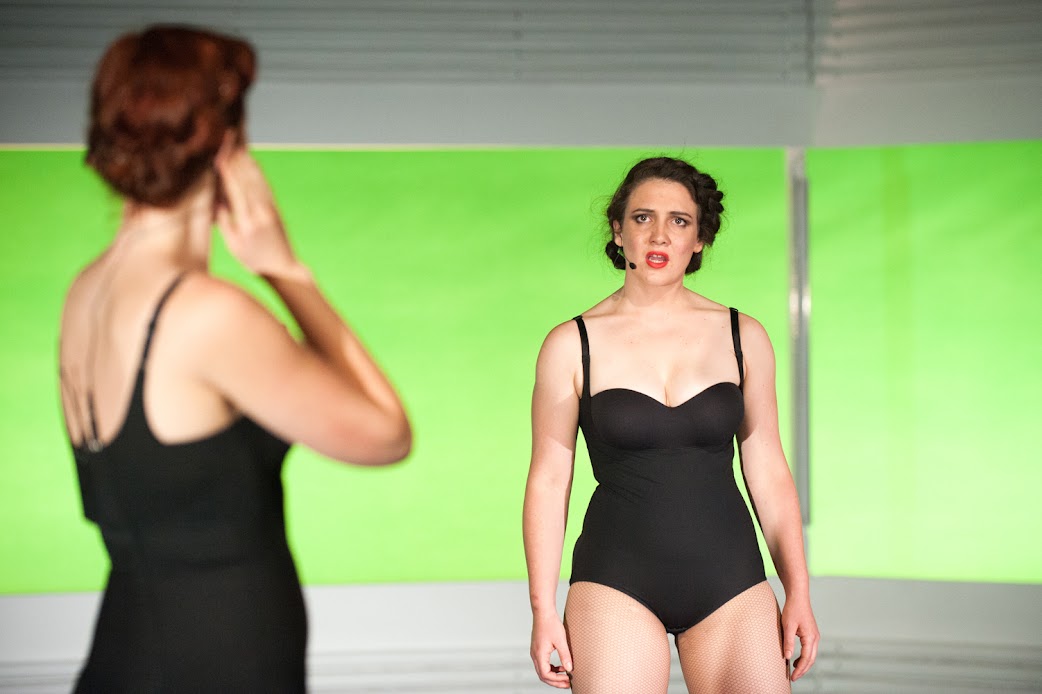 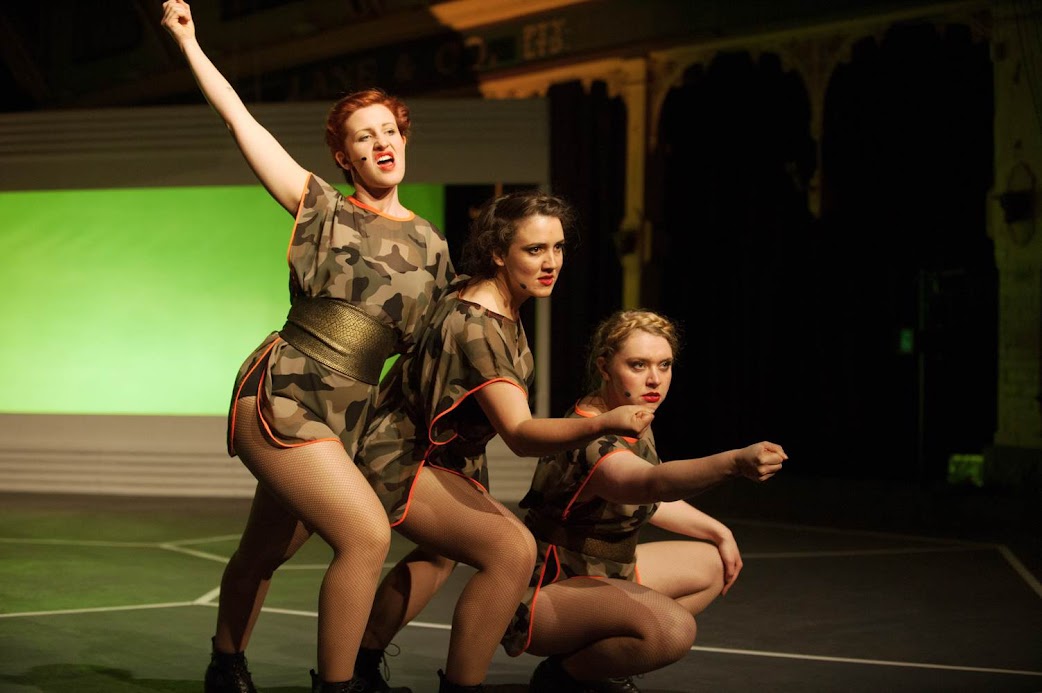 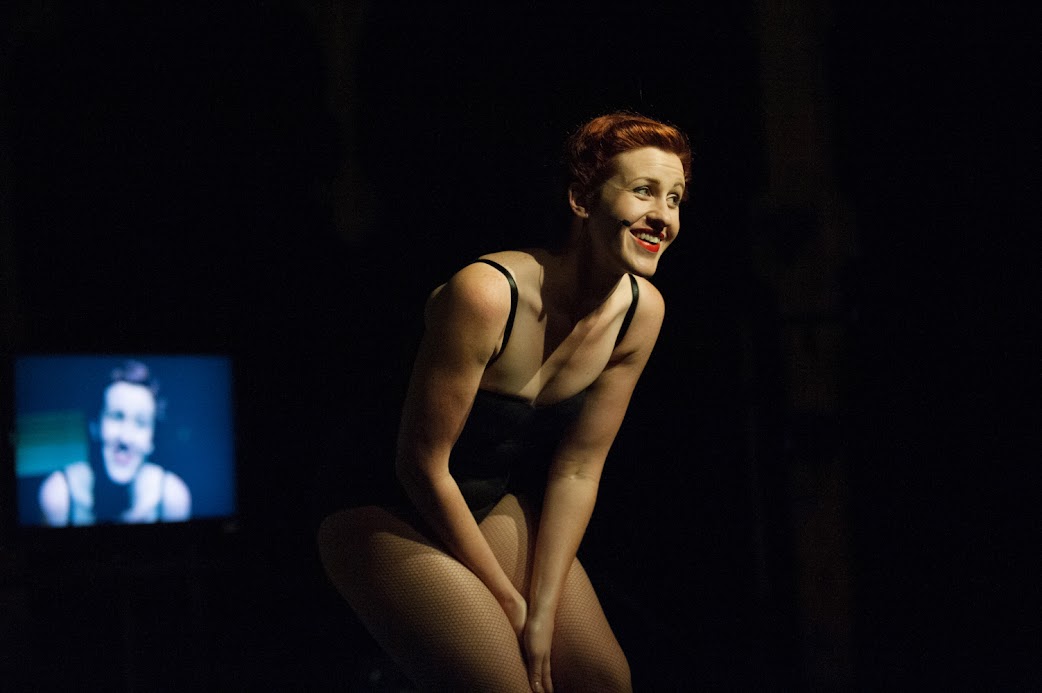 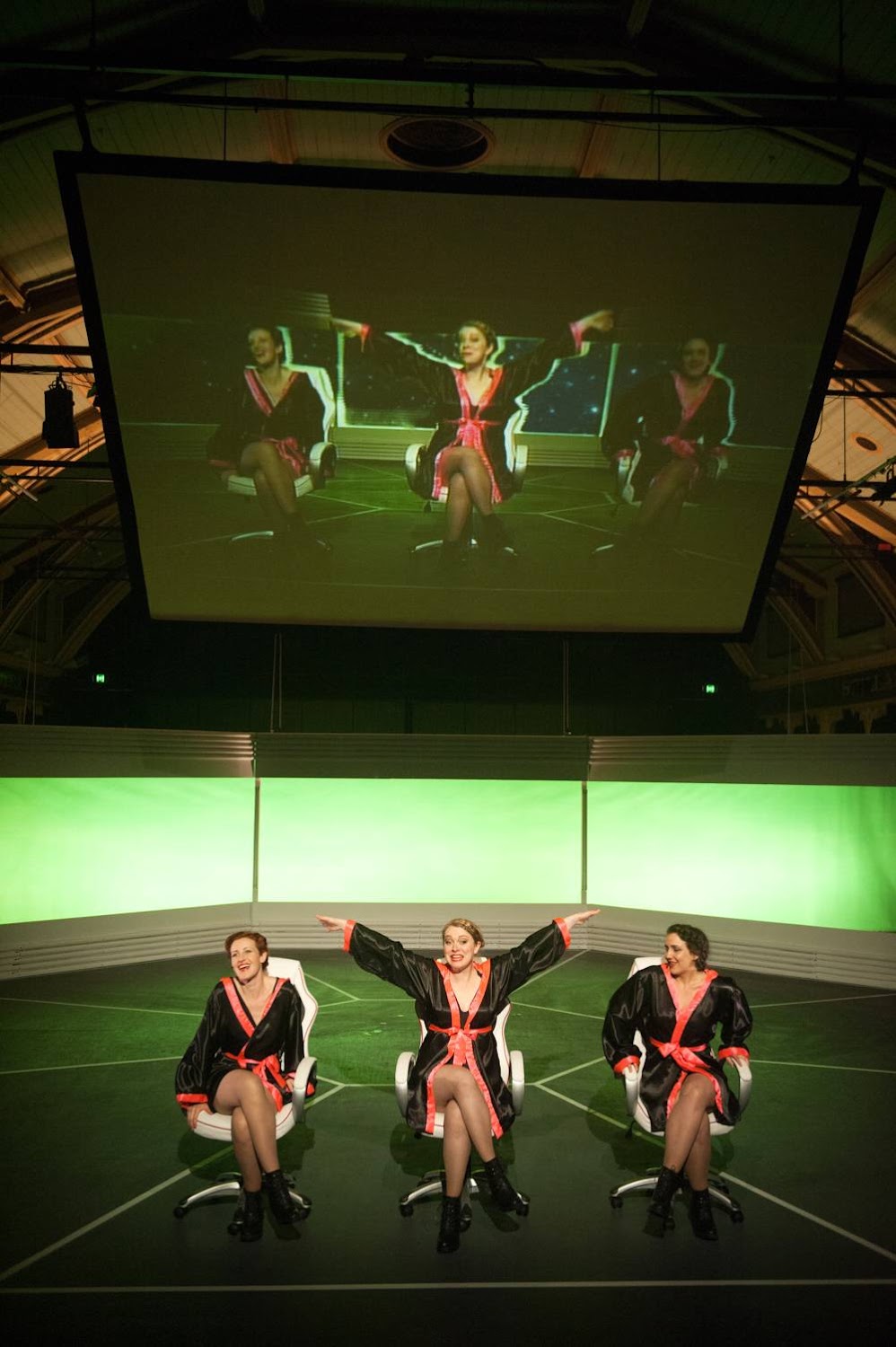 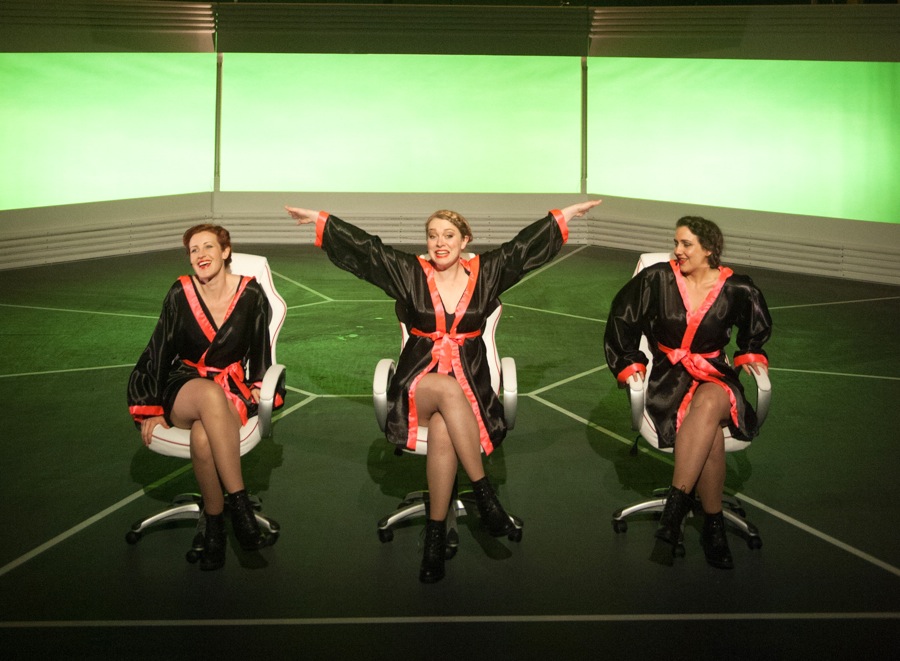 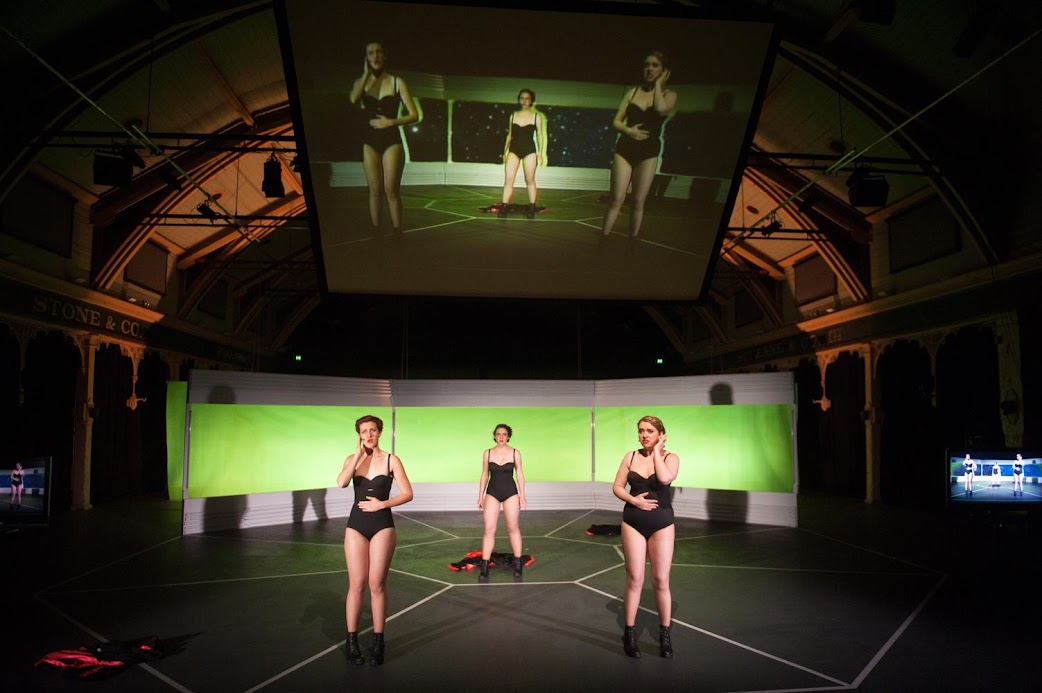 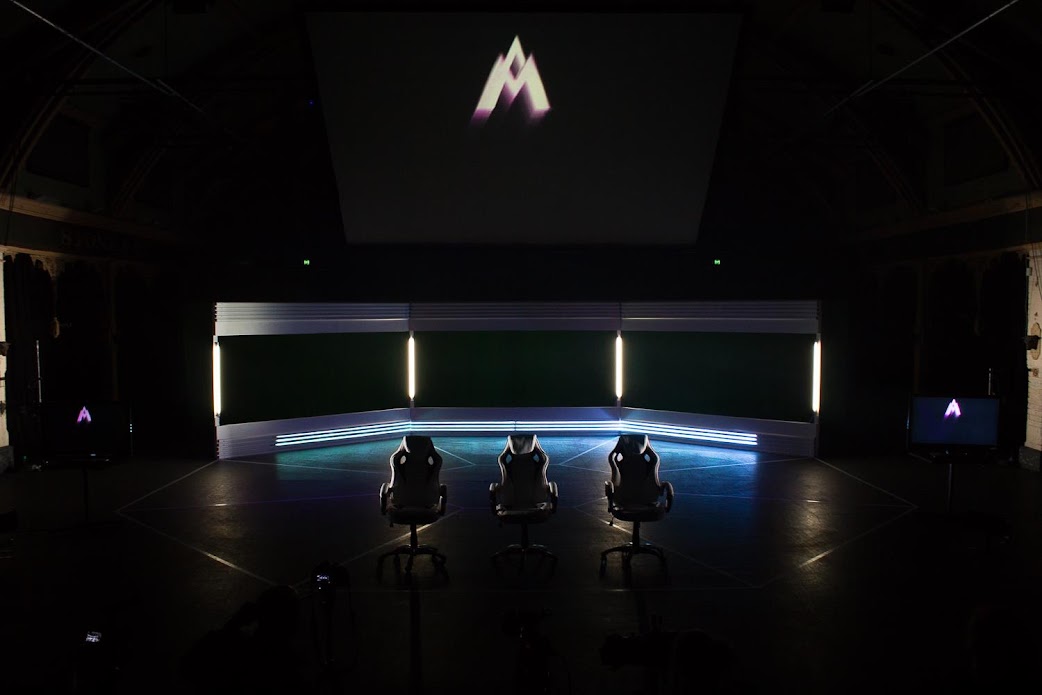 Presented by Next Wave and Artshouse

From the treadmill to the taco truck, Madonna Arms follows the internal struggle of chaos, terror and hope as one woman attempts physical transformation. Madonna Arms is a fantastical exploration of the ways in which power, strength and fitness live and die in the bodies and psyches of young women.

★★★★1/2/ THE AGE "Female theatre collective I'm Trying To Kiss You performs a kind of hyper-bricolage about this paradox, stealing and maiming references from music videos, perfume commercials, action flicks, beauty contests, pornography, motivational speaking and bodybuilding… an all-out sci-fi spectacle. Performances by Zoey Dawson, Anna McCarthy and Ella Harvey are incisive and gutsy… By turns heartbreaking and hilarious. The patriarchy won't know what hit it."

REALTIME "I thought it was the most exciting staging of new writing I have seen in Melbourne in a long time... Madonna Arms is a postdramatic text. Madonna Arms overlaps the sex-and-violence of popular culture with the vicious sublimated misogyny of ‘female interest’ magazines and celebrity gossip...The staging goes against the grain of the text, creating its own demented reality: women in bathing suits and boxing robes stand in front of a greenscreen, eschewing character, realistic setting, or dialogue, in favour of an abstracted work of pure theatre… I thought Madonna Arms signals a major new force in Australian playwriting, picking up the kinds of inquiry that Black Lung championed in Melbourne a few years ago."

VULTURE MAGAZINE "A fantastic piece of theatre… a powerful ensemble… I'm Trying To Kiss You take you to the edge of the universe and back. This is the kind of play you go to when you’re ready to be taken by the hair and dragged on a journey through time and space, one in which the familiar becomes unnatural and the absurd is exposed for what it truly is."

Eleanor Zeichner wrote a fantastic feature on Madonna Arms for Exuent Magazine - you can read it here: